Governor Palin has remained vocal about several issues from national affairs and governance, to energy security and social security. 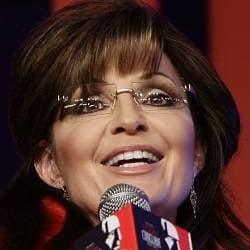 Sarah Heath Palin first made history on December 4, 2006 when she was sworn in as the first female governor of Alaska. In August 2008, Senator John McCain tapped Palin to serve as his vice-presidential running mate in his presidential campaign, making her the first woman to run on the Republican Party’s presidential ticket.Palin received a Bachelor of Science Degree in Communications-Journalism from the University of Idaho in 1987.Palin is a contributor for FOX News where she offers her political commentary and analysis across all FOX News platforms, including FOX Business Channel, FOXNews.com and FOX News Radio.