As militaries across the world reorient to fight the rise of the non-state actor, have the limitations of conventional armies been exposed? 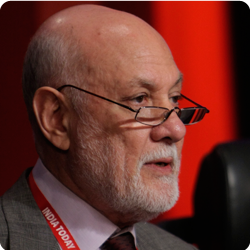 Ambassador Aziz Ahmad Khan joined Pakistan's Foreign Service in 1969. He served in various capacities in Pakistan Missions in Buenos Aires, Brasilia, Maputo, Vienna and Lisbon. He was also posted as Deputy Chief of Mission at New Delhi and Consul General at Los Angeles. Ambassador Khan served as HighCommissioner to Malaysia (1995-96); Ambassador to Afghanistan (November 1996 to June 2000) More recently he was appointed High Commissioner to India (June 2003 to November 2006). And from May 2007 to September 2008 he was a consultant to the National Defence University, Islamabad. Ashim Chatterjee was born in 1944. According to him, he "emerged as a revolutionary personality from the historic student movement" in the 1960s in West Bengal state. Educated at Presidency College, Kolkata, he left his studies after graduation at the call of the Naxalbari peasant uprising in 1967, described by extreme leftwing groups as "Spring Thunder over India", after a similar proclamation by Chinese media. He joined the armed agrarian revolution under the banner of the Communist Party of India (Marxist-Leninist), which was led by Charu Mazumdar.Still a staunch Marxist, he is working on developing the theoretical basis of this concept. 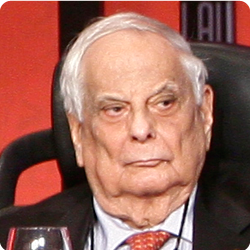 Lt Gen. (Retd) Jacob had a brilliant career in the Indian Army. As Chief of Staff Eastern Command, he was entrusted with the responsibility of dealing with the Naxalite insurgency in West Bengal by Prime Minister Indira Gandhi. While chief of staff here, in 1971, he was responsible for the planning, logistics and the conduct of the operations for the liberation of Bangladesh. Lt Gen. Jacob was born in Calcutta and educated in the Darjeeling Hills. He later attended St Xavier's College, Calcutta. He joined the Indian Army in October 1941, and was commissioned in the Regiment of Artillery in June 1942. As Army Commander at Fort William, Calcutta, he reoriented counter-insurgency operations in Nagaland and Mizoram. He retired from the Indian Army in 1978.