Modern India was giving itself up to extremism, both Hindu and Muslim, and narrow sectarian thinking which was inimical to Gandhi's ideals 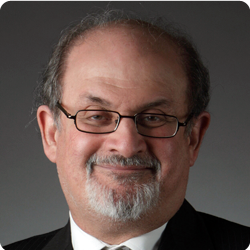 Sir Salman Rushdie (62) is among the most celebrated and controversial authors of our time - perhaps of any time. A brilliant provocateur, he's penned a handful of classic novels, overcome an infamous fatwa, received a Queen's Knighthood for "services to literature," and become both a pop culture icon and one of the most thought-provoking proponents for free speech today.His novels, greeted always with anticipation and acclaim.For his masterwork of magic realism, Midnight's Children, he won the prestigious Booker Prize, and later, the Best of the Booker.