Change is easier when it happens to others than when it does to you, says John Chambers about transformation 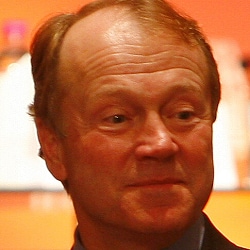 John Chambers (60) is Chairman and CEO of Cisco. Since January 1995, when he assumed the role of CEO, Chambers has grown the company from US$1.2 billion in annual revenues to its current run-rate of approximately $36 billion. He has received numerous awards for his leadership including being named as one of Time Magazine's "100 Most Influential People".Chambers has served two American presidents; most recently President George W. Bush, as Vice Chairman of the National Infrastructure Advisory Council (NIAC), where he provided industry experience and leadership to help protect the United States' critical infrastructure.