India carries a past of various grievous adversities, came out as a survivor everytime and is still called 'soft' - why? Dy. Leader of Opposition in RS

Ravi Shankar Prasad is the deputy Leader of Opposition in the Rajya Sabha the upper house of the Parliament of India. He is also a distinguished senior advocate at the Supreme Court of India. Dr. Singhvi is an Indian politician belonging to Indian National Congress party. He is also a Member of the Parliament of India representing Rajasthan in the Rajya Sabha, the upper house of the Indian Parliament. Dr. Kanwal Sibal joined the Indian Foreign Service in July 1966, eventually serving as the Foreign Secretary of India from July 2002 to November 2003. Leading lawyer, fighter for just causes, and the go-to man for everyone in trouble. Harsh Salve is an expert on constitutional, commercial and taxation laws. Corporate India's most trusted consultant, he has been consulted on almost every major battle of our times, from the gas war between Ambani brothers to the Jet-Etihad deal to Vodafone's tax troubles to Ratan Tata's breach of privacy appeal. The former solicitor general of India has also been involved in important non-litigation work such as conducting the WTO negotiations, drafting the electricity reforms and setting up legislation for the Competition Commission. 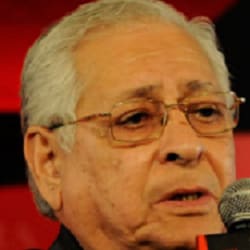 Soli Jehangir Sorabjee is an Indian jurist and former Attorney-General of India. He has been honored with Padma Vibhushan for his defense of the freedom of expression and the protection of human rights. Sorabjee has held several offices in organizations of national and international repute.