If the 20th century was the century of national freedom, the century we live in today must be a century for creating a betterrnlife for all: Mandela. Nelson Mandela is regarded as one of the most influential figures in human history. Lawyer, freedom-fighter, activist, and figure of hope, Mandela was the first president of unified South Africa, the leader of the African Congress that led the struggle against apartheid and a Nobel Prize winner. But his life and career has come to stand for even more. For struggle and sacrifice, faith and forgiveness, non-violence and negotiation and, above all, the strength of the human spirit. As a young revolutionary, Mandela led the generation that lit the fires of freedom in South Africa, even as he served a 27-year jail sentence. As a political leader, Mandela came to embody peace and reconciliation which helped South Africa make the transition from a divided nation to a strong leader of modern Africa. 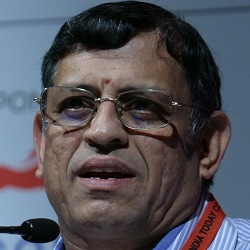 Swaminathan Gurumurthy, a chartered accountant and columnist, is known for his radical views and opinions while his intense combination of words and moods are a testimony to his passion for raging issues. Over the years he has built up a reputation as a giant slayer, having battled the mighty Dhirubhai Ambani for his aggressive empire-building, Rajiv Gandhi over the Bofors issue and the government for its globalisation policies. With his caustic brand of journalism, he has espoused the cause of the Rashtriya Swayamsevak Sangh and his concept of a united India.