It is in the interest of all of us, men and women, to change the nature of power. The divide we face is between ethical and unethical leadership: Wolf. 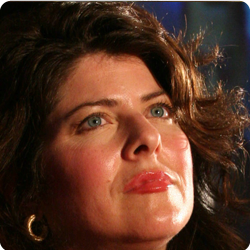 The world’s best-known contemporary feminist writer, Naomi Wolf’s highlypolemical The Beauty Myth ensured that the pressures exerted by the beauty industry on women would never go unexamined again. Part of the third wave of feminism, Wolf was educated at Yale and Oxford. She has analysed female empowerment in Fire with Fire, adolescent sexuality in Promiscuities and childbirth in Misconceptions.

Suketu Mehta is an award-winning journalist and fiction-writer based in New York whose command over short fiction and reportage has received great critical acclaim. His recently released book, Maximum City: Bombay Lost and Found, about the underbelly of Mumbai, was shortlisted for the 2005 Pulitzer Prize. Mehta, who straddles cultures and continents with great ease, is widely published all over the world.