Countering Narendra Modi's claims of good governance in Gujarat, Digvijaya Singh listed the failings of his government and added that several ministers in his cabinet had criminal cases against them. Politics is the same wherever you are-Gujarat or Uttar Pradesh-believes Amit Shah. Inducted by Gujarat Chief Minister Narendra Modi into his Cabinet with 10 portfolios in 2003, Shah is now the man in charge of BJP's election campaign in the most populous state of India. A former stockbroker, Shah was the youngest person to become chairman of the Gujarat State Finance Corporation Limited. Known as the most-trusted lieutenant of BJP prime ministerial candidate Narendra Modi, Shah also successfully managed several poll campaigns for party patriarch L.K. Advani. Low-key, dedicated and hard-working, Shah is the perfect organisation man. 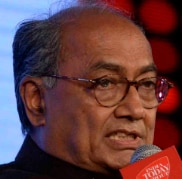 Troubleshooter, trial balloonist, and articulate champion of the Congress party, Digvijaya Singh is one of the few people with access to the Gandhi family. The former chief minister of Madhya Pradesh is part of the six member committee that has been appointed under Rahul Gandhi to coordinate the preparations for the 2014 Elections. His stock value in the party could be gauged from the fact that he has been given charge of Andhra Pradesh, where the Congress electoral fortunes are set for the steepest fall-from 33 Lok Sabha seats in 2009 to possibly single digits. The engineer-turned-politician is an avid wildlife photographer too. 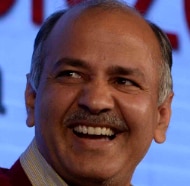 The journalist-turned-activist-turned-politician has been at the epicentre of the two most defining events of contemporary India-Anna Hazare's Jan Lok Pal agitation and the birth of the Aam Aadmi Party. He was involved in drafting the first version of that proposed Jan Lok Pal Bill. An old associate of former Delhi chief minister Arvind Kejriwal, the two have been working together since 2006, when he, Kejriwal and Abhinandan Sekhri founded the Public Cause Research Foundation. A journalist with Zee News and All India Radio, he quit the profession to participate in the agitation for the Right to Information Act.