India Today Conclave 2017: We get whatever we need, there is no discrimination from the Centre, says Mehbooba Mufti. The Centre is encouraging the idea of cooperative federalism which means that states play an important role in the development of the nation. All three chief ministers agreed that "Team India comprises the various states and the CMs". The president of Peoples Democratic Party is the first woman to hold the top job in the Muslim-majority state. She is the second Muslim woman to head a state - the first was Syeda Anwara Taimur of the Congress who became the chief minister of Assam in 1980. The daughter of former Union Home Minister and Jammu and Kashmir Chief Minister Mufti Mohammad Sayeed, the chief minister is known for her organisational skills. She is also a former Lok Sabha MP and has a degree in law. 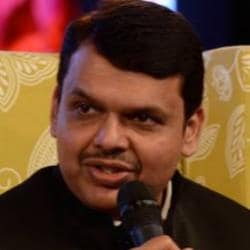 As a BJP leader, he has served as its general secretary and president of its Madhya Pradesh unit. He joined the RSS in 1972 as a 13-year-old, and has been a five-time Member of Parliament, representing Vidisha in the Lok Sabha since 1991. In 2007, he introduced the Ladli Laxmi Yojna, Kanyadhan Yojna and Janani Suraksha Yojna schemes to focus on prevention of female infanticide in the state.