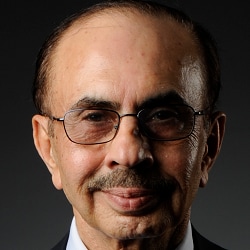 Adi Godrej is the chairman of the Godrej Group and several entities that are part of one of India’s leading conglomerates. These include Indian companies like Godrej Industries, Godrej Consumer Products, Godrej Properties as well as international companies such as Keyline Brands of the UK and Rapidol, South Africa. He also presides over the Group’s joint venture company Godrej Hershey. He is also the chairman of the board of trustees of Dadabhai Naoroji Memorial Prize Fund. As director of numerous firms, including Godrej & Boyce, Godrej Agrovet, Godrej International and Godrej Global MidEast FZE, he is responsible for shaping the long-term strategy for these organisations and driving a focus on value creation. Over the last five decades, Mr Godrej has played an important role in the development of a variety of industries by leading key organisations of trade and commerce as the former chairman and president of the Indian Soap & Toiletries Makers’ Association, the Central Organisation for Oil Industry and Trade, the Indo-American Society and as member of the governing board of the National Council of the Confederation of Indian Industry. Mr Godrej received his undergraduate and master’s degree in management from the Massachusetts Institute of Technology. 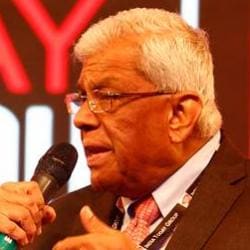 A qualified CA from the UK, Parekh worked with Ernst & Young, Grindlays Bank and Chase Manhattan Bank as its assistant representative for South Asia before joining HDFC in 1978. He has been recently appointed as advisor to Sunil Gavaskar who is the interim chairman of IPL-7.