Corporatising is definitely a positive trend, but there is a danger of quantity leading to a decline in quality: Aishwarya Rai 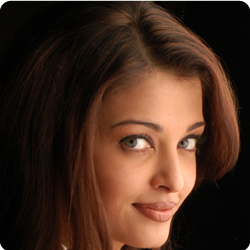 Aishwarya Rai, 30, is one of India’s premier actors. Former Miss World, the D.G. Ruparel College graduate was one of India’s top models before joining films in 1997 with Mani Ratnam’s Tamil film, Iruvar. Acclaimed for her roles in Taal, Hum Dil De Chuke Sanam, Devdas and Rituparno Ghosh’s Chokher Bali, she has evolved into an actor of high calibre. She begins her career on the global stage with Gurinder Chadha’s Bride and Prejudice, and in the works is a project with Oscar-winning Hollywood actor Meryl Streep. Pres and Editor-in-Chief, Alfred A. Knopf

Sonny Mehta is president and editor-in-chief of Alfred A. Knopf, one of the most distinguished publishing houses in the world. He is also president of the Knopf Publishing Group, a division of Bertelsmann Book Group of Bertelsmann AG, one of the world’s largest media companies. Born the son of a diplomat in India in 1942, Mehta was educated at the Lawrence School, Sanawar, and the Cambridge University. He began his publishing career in London and went on to found Paladin Books.